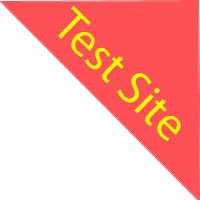 (INDIANAPOLIS – JUNE 5, 2013) –  The Initiative for a Competitive Inner City (ICIC) and FORTUNE announced that International Medical Group®, Inc. (IMG®) was selected for the 2013 Inner City 100, a list of the fastest-growing inner city companies in the U.S.  The Inner City 100 program recognizes successful inner city companies and their CEOs as role models for entrepreneurship, innovative business practices and job creation in America’s urban communities.  IMG placed 90th.  It marks the sixth time that IMG made the list.  In 2011, IMG was inducted into the Inner City Hall of Fame.

Joseph Brougher, founder of IMG, accepted the award on IMG’s behalf.  “It’s a remarkable achievement to be included among these companies once again,” said Mr. Brougher.  “We are proud to be part of this prestigious group that has maintained a steadfast commitment to the urban areas of our country.”

The Inner City 100 list provides unmatched original data on the fastest-growing inner city businesses in the U.S. In the last 15 years, 750 unique companies have earned positions on the Inner City 100, collectively generating more than $2.1 billion in annual revenues.  For the 2013 list, winners represent a wide span of geography, operating in 48 cities and 27 states. They grew at a compound annual growth rate of 36 percent and an average standard growth rate of 411 percent between 2007 and 2011. Collectively, the top 100 inner city businesses employ 10,391 employees and have created more than 5,863 new jobs between 2007 and 2011. Not only are the winners powerful job creators in their communities, but they also help grow their employees – 56% provide onsite training programs.

“It’s a tremendous honor to make the list for the sixth time, and it’s truly a credit to everyone on our team,” said R. Brian Barwick, president and CEO of IMG.  “Being included speaks to the long-term success of our organization, and it illustrates our continued commitment to our clients and our community.”

AmeriCorps has contracted with International Medical Group (IMG) to administer the AmeriCorps NCCC Healthcare program. If you need any assistance, we are always here for you. You may contact us using any of the following methods.